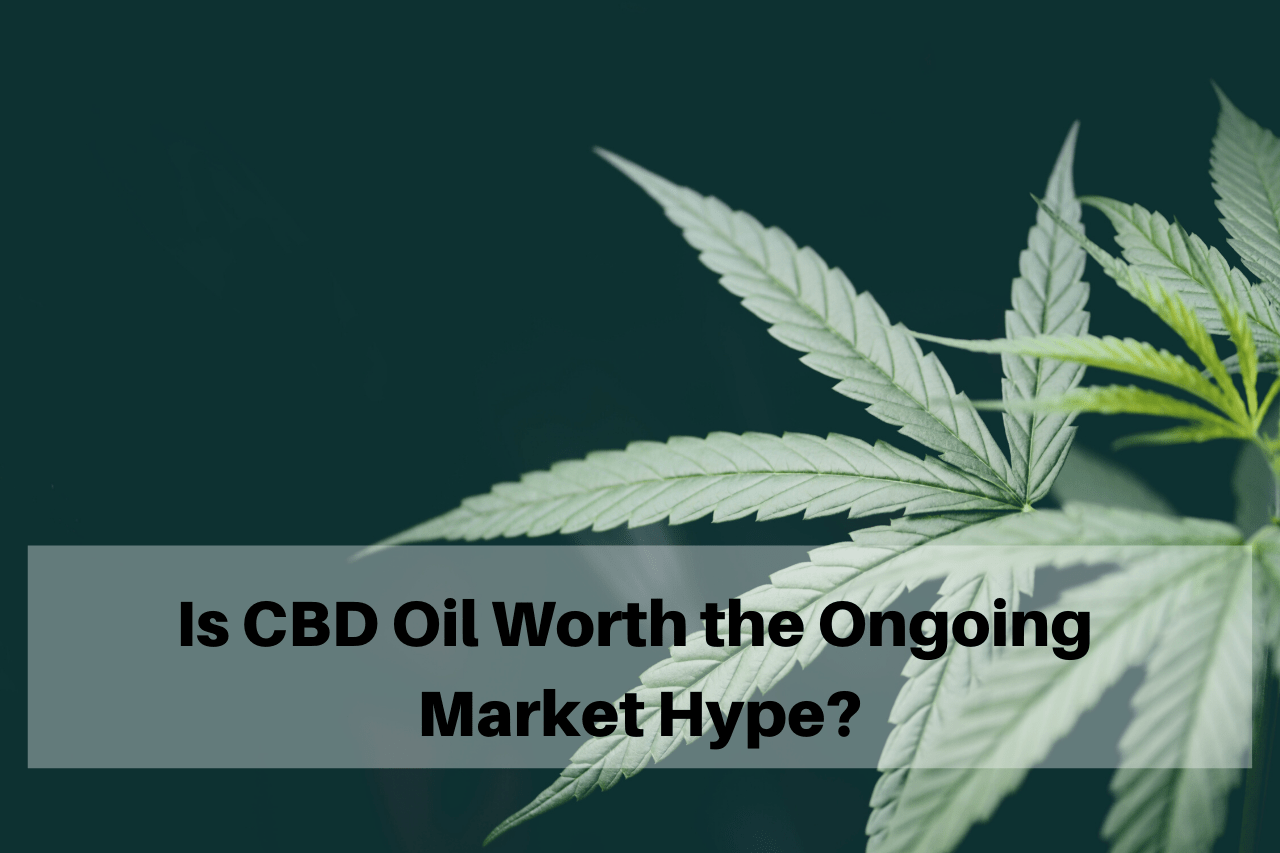 Is CBD Oil Worth the Ongoing Market Hype?

In the last few years, CBD Oil (Cannabidiol) has started gaining immense popularity and attraction from people around the world. It suddenly hit the US, UK, and other nations’ markets and became very popular among the people who are surfing from acne, anxiety, depression, sleep disorders, and other health issues.

Several CBD studies and researches are the reason behind the immense popularity of CBD in the market as they claim that pure CBD oil is a natural treatment to several ailments. This is true for many researchers and medical scientists and even the World Health Organization (WHO) also stated that consumption of CBD leads to several health benefits. It also stated that it does not lead to any health issues. However, the evidence to prove the innumerable benefits of CBD, as well as the side effects of CBD, is not sufficient yet.

CBD was first discovered in 1940 by Dr. Roger Adams & team at the University of Illinois. But its structure was confirmed after 23 years in 1963. Then gradually a number of studies and researches helped to reveal the innumerable benefits of Cannabidiol. Still, the studies are ongoing on CBD.

A decade ago from now, CBD was not very popular in the market and even common people were not aware of the existence of CBD oil. But in recent years, it surprisingly gained a rise in the market. The reason is the extensive hype of natural benefits of CBD in the market which dramatically attracted a huge number of people. Now, the question is: despite lack of proven evidence of natural health benefits of CBD, Is CBD oil worth the Hype?

Let’s first explore the basics and fundamentals of CBD before getting into the point so that you can have a clear idea about CBD and Pure CBD oil.

What Exactly CBD Oil is and it’s Benefits?

CBD stands for Cannabidiol. It is one of the hundreds of compounds that are found in cannabis plants such as marijuana and hemp. It is a non-psychoactive compound and thus it does not have a psychotropic impact on consumers, unlike marijuana. It was discovered first in 1940 as mentioned above. And later the studies gradually evolved on CBD and showed the innumerable health benefits of Cannabidiol to the world. CBD is extracted from hemp and marijuana plants and diluted with a carrier oil such as hemp seed and coconut oil. And then the winterization process comes that removes all the unwanted compounds from the extracted compounds to produce CBD oil. Thus, CBD oil is produced.

CBD oil is a natural remedy. Most CBD oil manufacturers offer THC containing CBD as well as Pure CBD oil while some focus on offering either THC containing oil or Pure CBD oil. Both are available in a few countries where CBD supplying is legal. However, CBD oil regulations are very limited.

According to the beliefs and the results of the ongoing research and studies on CBD, it has several health benefits. It treats acne, depression, anxiety, insomnia, obesity, and other health issues naturally. It can be taken directly by mouth or consumed in the forms of pills, chewable gels, drop under tongue, and creams. Its bottles are available in the market in CBD oil 1500mg, CBD oil 350mg, and CBD Oil 2500mg.

However, there are certain side effects of consuming CBD oil that is found in a number of CBD oil consumers. Those side effects include fatigue, diarrhea, and dry mouth.

Evidence is not Sufficient

Numerous manufacturers of CBD oil claim Its extensive health benefits but the evidence is insufficient to prove their claims yet. When you head over the internet, you will be able to find a long catalog of CBD health benefits but still, the CBD studies have not sufficient evidence to prove those all health benefits. However, several CBD consumers are getting very positive results in the treatment of their anxiety, depression, insomnia, diabetes, obesity, low blood pressure, and other health issues and that is a great sign.

At the moment, the studies on cannabidiol only manage to gather strong evidence for its anti-seizure effects against a specific type of epilepsy found in children. Apart from this achievement, there is nothing interesting found yet which can prove the potential of pure CBD oil or CBD. Currently, scientists are indulged to find how CBD is useful against pain and sleep disorders.

It can be a little confusing for you as there are a number of different perceptions towards this. CBD oil is safe in case you are using the right product, the right amount of dosages, and you are the right person to consume CBD. But if it is not so, it may cause you to lead fatigue, diarrhea, dry mouth, and such more ailments. However, it is safe and does not lead to any major ailments if it is taken appropriately. The World Health Organization (WHO) also confirmed that cannabidiol is safe for consumption and does not cause any health problems. But the main thing is the bottle of CBD oil1500mg and CBD oil 350mg you are using: is that pure and up to date as per the legal guidelines? As several supplied CBD products are not up to date as per the legal guidelines.

A study conducted by Bonn-Miller and his team on regulated cannabidiol products in the market found certain problems that are mentioned below:

One in five cannabidiol products contain THC and sometimes a higher amount of THC against the legal guidelines and it causes to increase the anxiety level. However, it is actually made to reduce anxiety.

During the study, around 10 percent of pure CBD oil consumers’ liver enzymes increased that can cause liver damage. Even a few of those had to discontinue the study.

Eyeing all the aspects of cannabidiol, we would say that CBD is a great discovery of the world. As per the ground zero results as well as the studies, it has several health benefits. Although it has certain side effects all those do not seem like a major issue. So, it is worth the ongoing hype.

These statements have not been evaluated by the Food and Drug Administration. This product is not intended to diagnose, treat, cure or prevent any disease.